Google is not waiting for the official presentation, here is the Pixel Watch

The official presentation of the Pixel 7 and Pixel 7 Pro, as well as the connected watch Pixel Watch, will only take place on October 6. But as usual, Google is impatient.

During the Google I/O event in May, the firm already gave a preview of its new smartphones, as well as the Pixel Watch. And since then, a lot of information has already been revealed, such as the colors of the Pixel 7 and Pixel 7 Pro, or the use of a new chip called Tensor G2.

And as for the Pixel Watch connected watch, Google has just released a video showing more details on the design of this one, as well as some additional information.

Titled “The Design of Google Pixel Watch”, this tens of seconds video allows us to see the watch from all angles, and to get a better idea of ​​the unique design that Google has adopted (apparently, the border of the dial will be quite thick). The video also shows a few dials, but all on a black background.

Another novelty that we see on the video: the strap system imagined by Google for fixing the bracelets. A sequence also informs us that the Pixel Watch will have a screen protected by Gorilla Glass. But unfortunately, it is not known exactly which glass it is.

Of course, Google does not reveal everything in its video. And we do not yet know what the characteristics of the Pixel Watch will be.

However, according to unofficial sources, it could use Samsung’s Exynos 9110 processor, have a 300 mAh battery, and come with LTE connectivity. But of course, for the moment, this information should be considered with caution. 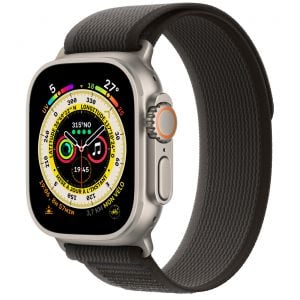 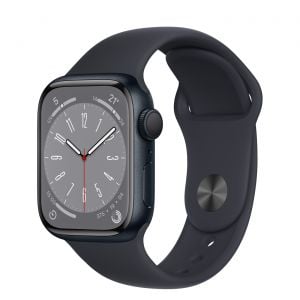 In any case, the Pixel Watch connected watch will be the fruit of several years of preparation at Google. Sources indicate that the firm has wanted to enter this category of products for a long time.

Moreover, before launching the Pixel Watch, Google made major acquisitions: it bought part of Fossil’s R&D, as well as the connected watch specialist Fitbit. The latter cost the Mountain View firm $2.1 billion.

Regarding Fitbit, it should be noted that Google is gradually integrating the products of this brand into its ecosystem. For the moment, to use a connected bracelet or a Fitbit watch (or rather “Fitbit by Google”), it is not essential to connect to a Google account.

Then, Google will stop supporting Fitbit accounts in 2025. But the firm also recalls that as part of the takeover of this company, it undertook not to use the health data collected by Fitbit products for target ads.

First Ethereum (ETH) NFT May Have Been Rediscovered

Hurricane Orlene is gaining strength again and threatens the country

Eni, supplies of Russian gas to Italy will be ‘zero’ from today

How electricity suppliers encourage their customers to lower their consumption

Pension reform, “a guarantee of prosperity and full employment” for Bruno Le Maire

What is left of the GDR? : Wishes that almost never come true

Theater in the Sophiensäle: unlimited horizon

Question of the day about Art Week: What do you expect from the Humboldt Forum?

The plans for the New National Gallery: sparks of the gods beating from the piano keys

Work show of the record company Amiga: The groove of the GDR

Serie A: Lazio-Spezia 4-0 double by Milinkovic-Savic

Messi “can become the best player in the world again”, assures Christophe Galtier

A PSG player targeted by an investigation for violence