On September 7, in addition to presenting the iPhone 14 and its new connected watches (including the famous Apple Watch Ultra), Apple also announced the AirPods Pro 2, its new generation of high-end headphones.

And compared to the models released three years ago, the AirPods Pro 2 are full of new features: new H2 chip, better sound settings, more efficient noise reduction, or even the new transparency mode which becomes adaptive.

In essence, you have plenty of good reasons to buy these next-gen headphones. However, if you already own first-generation AirPods Pro and don’t plan on buying the newer model, you’ll be pleased to hear that one of these new additions will likely be available on your headphones.

As mentioned above, the adaptive transparency mode is part of the new features of the AirPods Pro 2. And Apple’s communication suggested that this feature would be reserved for the AirPods Pro 2, which uses a new chip called H2.

“With Adaptive Transparency, this user-loved feature goes one step further. The power of the H2 chip enables on-device processing, which can reduce important ambient noise—an ambulance siren, construction noise, or even loudspeakers at a concert—to optimize the everyday listening comfort”we read in the press release from Apple.

However, by releasing the iOS 16.1 beta, Apple surprised everyone. Indeed, as reported by the iMore site, after installing this test version of an iOS update, users realized that the adaptive transparency mode is compatible with their first generation AirPods Pro.

A priori, when iOS 16.1 is deployed in stable mode, you will not need to buy the new AirPods Pro 2 to benefit from this feature. 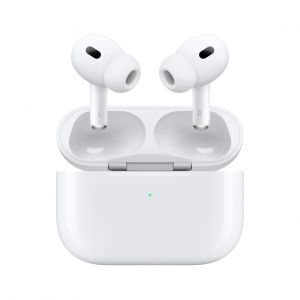 What is transparency mode?

While Active Noise Canceling allows you to hear only your music, game, or TV show by eliminating or minimizing external noise, Transparency Mode has the opposite effect. The latter allows you to hear the surrounding noises, while using the headphones.

This is useful, for example, if you listen to music while jogging, because you can enjoy your headphones, while remaining alert to the dangers in your environment (cars, etc.).

The difference is that this improved version lets you hear the sounds of your surroundings in general, but reduces harsh sounds.

Admittedly, the older AirPods Pro don’t match the AirPods Pro 2 with this new feature. But it’s nice to know that despite the release of new models, Apple has not forgotten the users of headphones released three years ago.

Maneuver will be in the House on Monday. A new tax on insurance appears

Landslide in Casamicciola in Ischia, one digs in the mud. One victim and 12 missing. Mattarella and Meloni, close to the affected...

Real estate funds: With losses of up to 40%, Itaú recommends selling these 3 FIIs

Landslide due to bad weather in Casamicciola on the island of Ischia: 13 missing, including a newborn

New survey results: only 23 percent want Merkel back as chancellor

China is experiencing an autumn of protests: is the zero-Covid kettle boiling over?

At 63, the American Irene Cara, interpreter of “Fame” and “Flashdance”, died

Women’s option, work is underway to confirm it without binding it to the children

No money for shoes: more and more poverty in Germany

Be careful on Black Friday: This is how you can be ripped off by tricks and scams

Be careful on Black Friday: this is how you can be ripped off by scams and tricks

Martha Argerich and Mischa Maisky: two who trust each other blindly

“Times of upheaval” in the cinema: school of life with Donald Trump

Ousmane Dembélé, the hidden star of the France team

in Copenhagen, these Danish supporters who strongly believe in victory

the unusual Stade 974, theater of the France-Denmark match