anti-Covid measures have delayed the learning of many children

Apple VS Samsung: a new masterstroke is on the way

According to the latest information from Asian production circuits, Samsung currently manufactures the majority of iPhone screens. This concerns not only the models currently on sale but also many previous generations, including the iPhone 13 and iPhone 13 Pro or the iPhone SE 2. Alongside the Korean giant, we also find at the helm his counterpart LG. The two chaebols also share the cake with BOE Electronicsanother big name in the oriental supplier sector.

But soon, all of that would be about to change, and seriously. Indeed, new rumors shared by our colleagues from Bloomberg report that Apple is preparing to design its own panels, as early as 2024. Doing so potentially losing billions of dollars in orders to its number one rival. These would be micro-LED models, renowned for their good energy consumption and better contrasts than current iPhone displays. Beyond mobiles, another range of flagship products from the Apple firm could benefit from this novelty: AppleWatch.

For Apple, the strategy is the same

In reality, this move is nothing extraordinary from Apple. Indeed, we know that the company has been thinking about internalizing as much as possible and has been doing so for several years now. This materialized in particular with the announcement of the Apple silicon chips at the 2020 Worldwide Developer Conference, the first component of which was released under the hood of the latest Mac mini the same year.

The M1 chip has since been followed by a second generation, the M2, which today can be found integrated into the MacBook Pro and the eponymous MacBook Air. Base price: 1,499 euros for the second, 1,599 euros for the first.

With this, we know that Cupertino can also count on its own robot, Daisy, to recycle used iPhones that are returned to it. Thanks to a trade-in program simply called Trade In, the company offers customers who return their old mobile a voucher of up to several hundred euros to obtain a new one. But recently, the offers in question have been revised downwards in France. The fault is a certain age of the devices concerned and perhaps inflation.

The upgrading of these “old” smartphones then consists of reuse materials at the heart of new mobile phones. But this does not always please everyone. Indeed, in the United States, plaintiffs have already won their case in the context of a class action because Apple had provided them with models equipped with these spare parts without informing them sufficiently in advance… 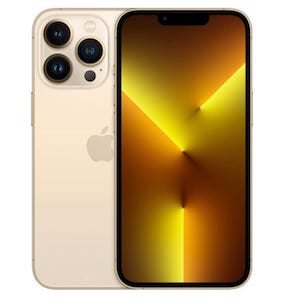 I am a journalist with over 6 years of experience working in the news industry. I currently work as an author for Global Happenings, and my coverage focuses on Technology news. I have written for various publications, including Reuters, The New York Times and The Guardian.

100 million developers use GitHub, here’s why

Where to buy the Mac mini M2 for cheap and at the best price?

Will Ambev (ABEV3) be a ‘victim’ of the trio of AMER3 shareholders? See what Credit Suisse says

99 enters to guarantee the market share left by Uber, contrary to city halls

Sam Bankman-Fried is accused of trying to influence a witness

“A missile would take a minute”, Boris Johnson accuses Putin of having “threatened” him

Ukraine, Biden: ‘We will not send F16 fighters’. China: ‘No more weapons’

Ukraine, ‘British tanks perhaps already at Easter’. And Macron does not rule out fighter jets

do the many radiations at Pôle emploi distort the figures?

Airbus will increase its workforce by 7,000 employees in 2023

the French are rushing to the retirement savings plan

Ant-Man: why the first film was canceled?

The week: Bring it on, Berlin!

Art talks in the Engadine: Lessons in resistance

From Abodi to Gravina, many for the farewell to Carlo Tavecchio

100 million developers use GitHub, here’s why

Where to buy the Mac mini M2 for cheap and at the best price?